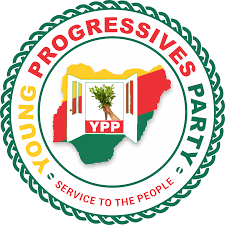 The Young Progressives Party has fixed June 1, for the conduct of its national convention and presidential primary ahead of the 2023 general election.

This is contained in a statement issued by the party’s National Publicity Secretary, Egbeola Martins in Abuja on Friday.

Martins said the decision to hold the special national convention and presidential primary was reached at the 17th National Working Committee meeting held on Thursday at the party’s national secretariat in Abuja.

“The NWC has approved the timetable and schedule of activities for the conduct of the 2023 general election. This is in accordance with the provisions of the Electoral Act 2022 and the Independent National Electoral Commission guidelines.

“Starting with the sales of nomination forms for all elective offices, which had commenced since March 14, the schedule of activities will end with the special national convention and presidential primary slated for June 1.

“The congresses to elect Adhoc delegates will be held nationwide on May 14, while special congresses and primary for the House of Assembly have been slated for May 20.

“Special congresses and primary for House of Representative and Senatorial aspirants have been slated for May 24 and May 26 respectively.

“Special congresses and primaries for governorship aspirants have been slated for May 28, while the special national convention and presidential primary will hold on June 1,” he said.

On the security challenges being faced by the country, the NWC condemned it.

It particularly frowned at the recent killings of more than 90 people in Kanam and Kakura in Chikun Local Government Areas of Plateau and Kaduna states respectively.

Martins said the committee prayed that government would bring the perpetrators to book.