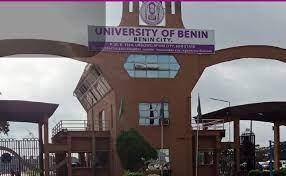 The Public Relations Officer of the University of Benin, Dr. Benedicta Ehanire, has revealed that seventy-two students of the university have been awarded a  Federal Government scholarship under the aegis of the Nigeria Award.

This was announced on Wednesday via a statement made available to the newsmen in Benin.

According to the statement, the scholarship was valued at N250,000 for each beneficiary every year, which only applies to studies in Nigerian public tertiary institutions.

Ehanire further explained that the scholarships took effect from the 2021 academic session with the beneficiaries drawn from the Sciences, Law, and Social Sciences.