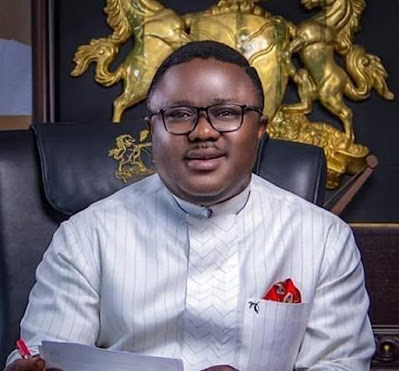 Chairman of the ruling party in Cross River State, the All Progressives Congress, APC, Alphonsus Eba has strongly argued that his party ha…

Chairman of the ruling party in Cross River State, the All
Progressives Congress, APC, Alphonsus Eba has strongly argued that his party
has not zoned the 2023 governorship election to any part of the State.

But at more than two public events, Gov Ben Ayade had
assured that power would return to the Cross River South since the Central and
the North have taken their turns.

Aspirants, elders and stakeholders from Cross River South
have seriously frowned at the position of the APC chairman, saying it amounted
to a denial of their entitlement.

Speaking yesterday when the governor’s very close friend, an
oil magnet and business tycoon, from Cross River central, declared his
intention for the gubernatorial race, the APC chairman rather insisted that his
party had at no point zoned the governorship seat to any Zone or individual.

He declared that aspirations for 2023 governorship can come
from any part of the State.

He maintained that the governor had the right to express his
personal opinion because it was his fundamental human right to do so, yet it
was not valid.

He charged aspirants vying for various positions in 2023 to
note that the ticket was in the hands of the electorate in the villages and at
the grassroots level.

“Coming to the Party Secretariat doesn’t guarantee the party
tickets: the party ticket is in the hands of the electorates, but I can assure
you that you have all the needed support,” he said.

He enjoined party stalwarts and supporters to ensure they
have a valid PVC, while urging them not to register twice, but get proper information
on how to validate their already existing PVC.

Speaking, the aspirant urged the party to give them a
level-playing field to participate and explore their various options.

“I want to urge the party to provide a level-playing field
for us, the aspirants. We are all important in the success journey of our great
party,” he noted.