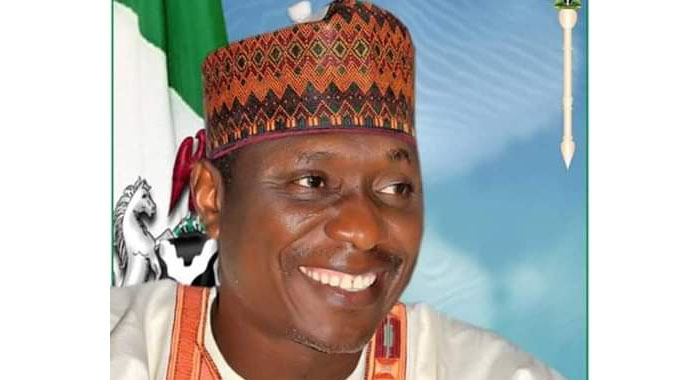 The Speaker of the Bauchi State House of Assembly, Rt. Hon. Abubakar Sulaiman, has dumped the All Progressives Congress for the ruling Peoples Democratic Party in the state.

Sulaiman was elected as lawmaker to represent Ningi Constituency in 2019 under the APC platform.

Sulaiman who is also the Chairman, Conference of Speakers of State Legislatures of Nigeria, made his defection known during a Ramadan breaking of fast (Iftar) dinner hosted by Governor Bala Mohammed, which held at the Government House, Bauchi late Saturday night.

The event was attended by PDP stakeholders from Ningi, Toro, Warji and Dass local Government Areas of the State.

In a short video of the event which was obtained by our Correspondent early Sunday morning, the Speaker, in his speech at the Iftar, was heard introducing the Chairman of the PDP in the state, Hamza Akuyam, as “Chairman of our great party, the PDP”.

Suleiman went on further to say: “I know there have been speculations, people have been saying that, ‘he has decamped to the PDP,’ others said, ‘no he has not decamped’.

“But today in this place, I want to happily announce to you all that I am now a member of the PDP.”

Immediately he announced his defection, the whole gathering erupted in cheers.

According to him, my decision to join the PDP in the state was as a result of the exemplary leadership style of Governor Mohammed and his commitment to transform the state.

He also commended the governor for his ability to ensure harmonious working relationship with the State Assembly despite party differences which allowed formulation and implementation of policies and programmes aimed at ensuring the development of the state.

The PUNCH reports that the speaker’s defection put to rest months of speculations across the state that despite being in the APC publicly, he was operating as a member of the PDP.

Suleiman never failed to seize any opportunity in praising the transformation drive of the governor and his administration.

The 9th Assembly in Bauchi State from inception in June 2018, had been controlled by members of the All Progressives Congress with 22 members, the PDP had eight while the New Nigeria People’s Party had one.

However, some members of the APC kept decamping to the PDP including the NNPP member.

With Suleiman’s defection, the APC currently has 16 members while the PDP has 15.

Efforts to get a reaction from the Spokesperson of the Speaker, Abdul Burra, proved abortive as he declined comments on the matter.

However, a top source who didn’t want to be mentioned because he was not permitted to speak on the matter said: “Yes, it is true, we all saw the video of him speaking where he announced his defection to the PDP”.

“Honestly, we were shocked about the development. We thought he would announce it either at his ward level in Ningi or on the floor of the Assembly during pleanary, only for us to see the video clip on his defection.”