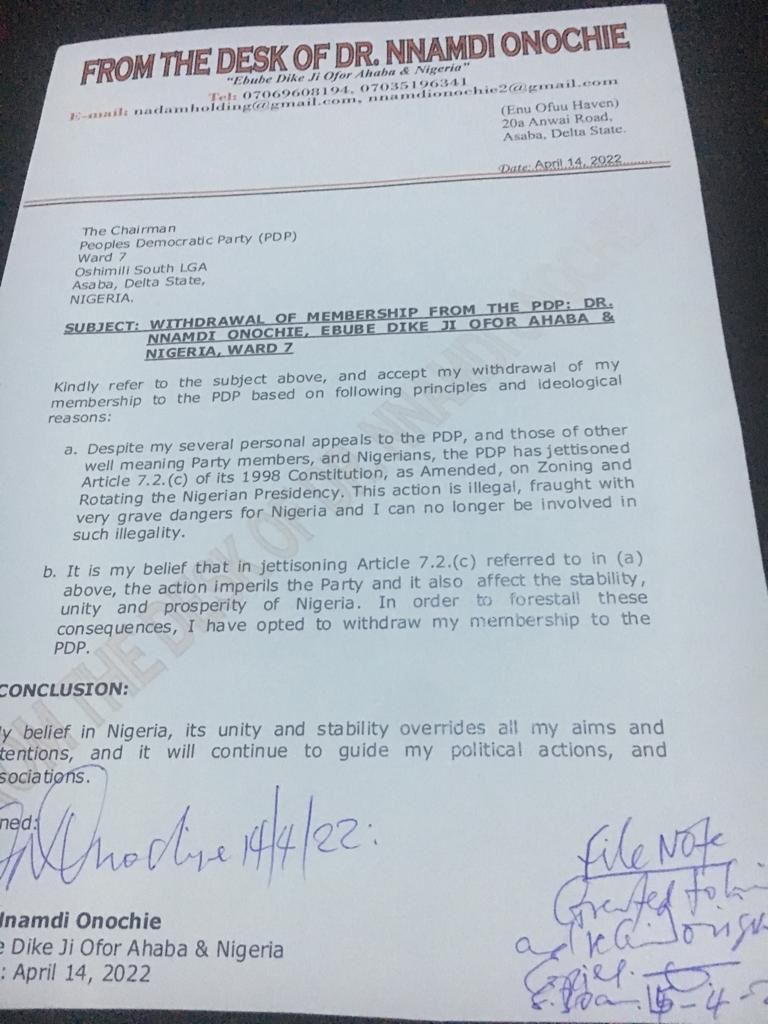 A 2023 presidential aspirant on the platform of the Peoples Democratic Party (PDP), Orefo Nnamdi Onochie, has announced the withdrawal of his membership in the main opposition party in Nigeria.

Onochie in a statement forwarded to DAILY POST on Tuesday, hinged his sudden decision on the alleged abandonment of Article 7.2(c) of the PDP constitution by the national leadership which provided zoning and rotation of positions and offices in the party, especially the presidential ticket among the geopolitical zones of the country.

He alleged that a few elites within the PDP have hijacked and dominated the party and are determined to destroy it and mangle the destiny of Nigeria if their personal political ambitions and interests are not accepted.

Regretting that despite several statements issued to the national leadership of the PDP and also stringent efforts made by his co-aspirants to forestall the jettisoning of the Article 7.2(c) as contained in the party’s constitution, the party defiled owned rules.

Onochie said, “this situation imperils the party and Nigeria. It is in the light of that situation that I have withdrawn my membership of the party”.

The presidential hopeful also said he will at a later date inform Nigerians of the political party he chooses to sustain his presidential ambition.

Onochie assured all Nigerians and his ardent supporters that his overriding interest is the preservation of Nigeria’s national ethos, unity and territorial integrity.