#EndSARS: No Going Back On Re-opening of Lekki Tollgate – Lagos Govt 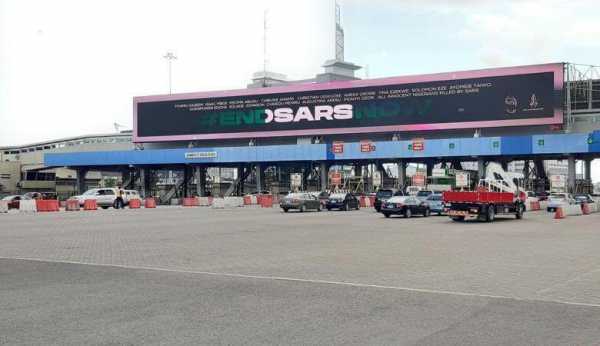 The Lagos State government has vowed that nothing will stop it from reopening the Lekki Tollgate on April 1.

Gbenga Omotosho, Lagos commissioner for information said this on Wednesday morning during an interview on Arise TV.

Recall that the Lekki Concession Company (LCC) had announced April 1 as the date for the proposed resumption of toll operations at the Lekki-Ikoyi Link Bridge Toll Plaza.

Toll collection has been on hold for about 17 months following the killing of harmless protesters on October 20, 2020, during the #EndSARS protests.

The plan to reopen Lekki tollgate has been opposed by some Nigerians, especially on social media, with some saying it is an insult on those who were killed by soldiers and police on October 20, 2020.

Speaking about the reopening, Omotosho said:

“I do not think that there is going to be any resistance at all,”

He added: “It has taken about 18 months for LCC to plan to return to the Toll Gate because it has no choice after borrowing about N11.6bn from local lenders and $31.1m from foreign lenders. So, there is no way that LCC can just stay away from going back to tolling on that road.”

Source: #EndSARS: No Going Back On Re-opening of Lekki Tollgate – Lagos Govt