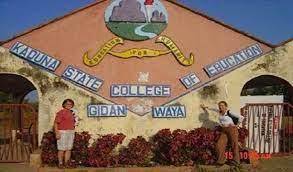 Some female students of the Kaduna State College of Education (KSCOE), Gidan Waya, were on Monday, May 16, kidnapped by gunmen at the Mile 1 area of Gidan Waya axis in Jema’a Local Government Area of the state.

According to the spokesman of Kaduna State Student Union (KADSSU), KSCOE Chapter, Comrade Benjamin Fie, the abductors are demanding a huge ransom.