I almost quit football at 15 – Nigeria’s most expensive defender 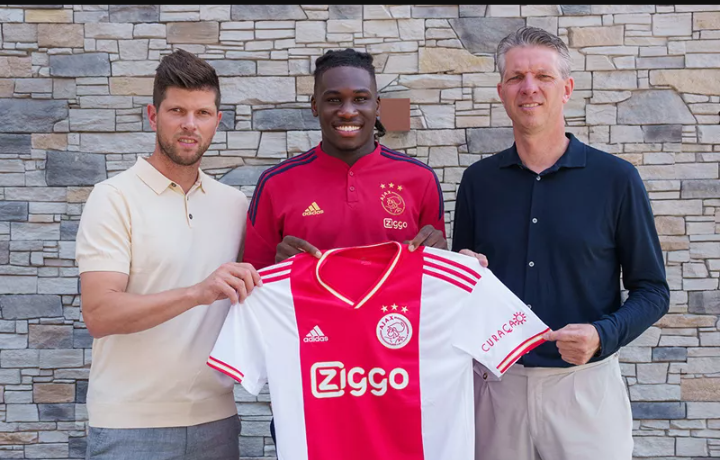 Super Eagles defender Calvin Bassey has reflected on his journey from a clubless teenager to one of the most expensive signings in the history of Ajax Amsterdam.

Born in Aosta, Italy, Bassey arrived in England with his parents and looked to combine football with his education.

But not many clubs wanted to take up the relatively unknown youngster who had only played street football until 15.

But Bassey recalled that he was close to quitting the game before Leicester City offered to take him on trial.

“I remember well; I was fifteen,” Bassey told Voetbal International (via Ajax Show Time). “It was summer and I didn’t have a professional club. During those years in London, I played for various amateur teams and played a lot of street football.

“For me football was everything. My mother insisted that I should do my best in school; that was my future. I did; I followed all the lessons with interest, but once I got out of school, I grabbed the ball and I was on my way.

“I had already resigned myself to the fact that that opportunity would never come again.

“I decided to focus even more on school and to stop playing football at a club, until that summer suddenly a message came from Leicester City that they had seen me play and they wanted to give me a chance. That took a radical turn. Finally, my dream of becoming a professional football player came closer.”

Leaving everything and everyone to pursue his dreams

Leaving London, away from family and friends, to pursue his dreams in Leicester was not easy on the young Bassey.

But the Nigeria international insisted it was a sacrifice he was willing to make to give himself a fighting chance at playing professional football.

“I had to make that sacrifice because this was what I wanted so badly. Playing football in a professional environment, getting the opportunity that so many talents want in London.

“Everything had to give way to succeed, including missing my friends and family in London.”

Bassey’s trial at Leicester City was successful, and the youngster was admitted into the club’s youth program.

The 22-year-old reveals he learnt everything he could and gave his best at every point during training and appearances for the under-18 and under-23 sides.

“I absorbed everything like a sponge. Technique, tactics, physical, you name it. All lessons and tips were devoted to me,” Bassey added.

“I was very eager to learn and soon felt that I was getting better. I ended up with a host family, where I lived from the age of fifteen to eighteen. That was a nice environment, where I could focus entirely on football.”

Bassey did not make a single appearance for the Leicester City senior team before he joined Glasgow Rangers two years ago.

The versatile defender excelled with the Light Blues before earning a 23 million euro move to Ajax this summer, making him the most expensive Nigerian defender in history.

Source: I almost quit football at 15 – Nigeria’s most expensive defender