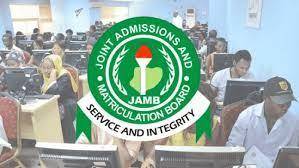 The Head, Public Affairs and Protocol of JAMB, Dr. Fabian Benjamin has warned the public, especially candidates of the just concluded UTME to disregard online reports alleging that the board experienced errors in its scoring system and plans on conducting another examination to make up for the error.

Dr. Fabian gave the warning in a statement made available to newsmen in Abuja on Tuesday, May 17, 2022. He explained that the UTME was a Computer Based Test (CBT) that was scored electronically with no human mediation, hence it was impossible for wrong scores to be allocated to candidates.

The board attributed the misleading report to fraudsters and maintained that it does not plan to organize another UTME.

This comes after some social media reports alleged that JAMB was rescheduling the UTME due to errors in the computer scoring system. The reports also claimed that JAMB had apologized for the error and accepted to organize another UTME to that effect.

Source: JAMB refutes claims of error in its scoring system and rescheduling exams