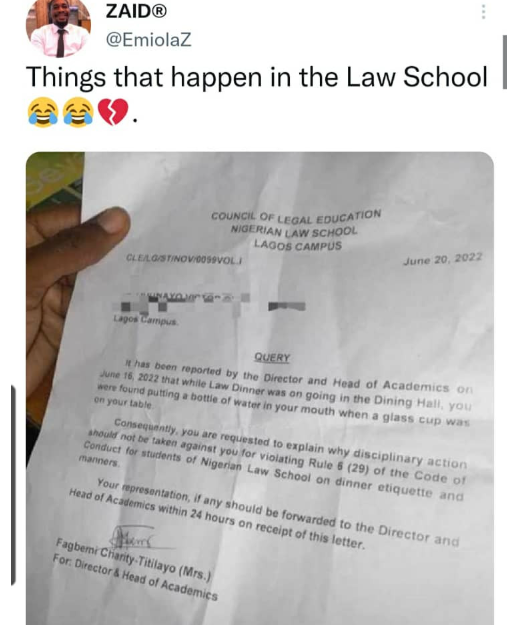 A Law school student at the Lagos state campus has been summoned to face a disciplinary committee after the student was accused of drinking bottled water directly from the bottle rather than pouring it into a cup at a Law dinner.

A Twitter user, @Emiolaz shared a picture of the query letter on the social media platform.

Source: Law student issued a query for drinking water from a bottle instead of a glass cup