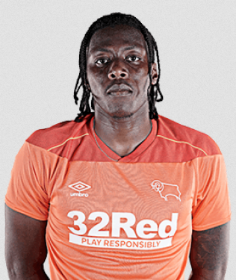 EFL League Two club Swindon Town have published their retained and released list following the conclusion of the 2021-2022 season.

The Robins have confirmed that Nigerian goalkeeper Emmanuel Idem will leave the club following the expiry of his contract on June 30, 2022.

The former Arsenal youth teamer is the second young Nigerian goalkeeper released by a Football League club in the last one week, after Nigeria underage international Daniel Jinadu who played for Barnsley development squad in 2021-2022.

Swindon Town signed Idem on a free transfer in January following a successful trial, after he was released by Derby County.

The 23-year-old’s previous clubs include Stoke City, Aston Villa, West Ham United and Macclesfield, and he spent time on loan at Melksham Town and Brentwood Town this season.