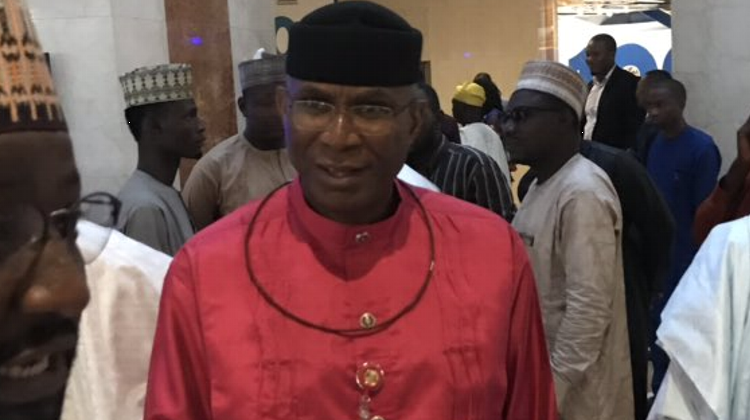 The Deputy President of the Senate, Ovie Omo-Agege, on Thursday formally declared his intention to contest the governorship election in Delta State in 2023, promising to prioritise peace and security in the state if given the opportunity.

He also promised social and infrastructural development, good governance, and massive employment and empowerment for the teeming youth and women across the state.

Omo-Agege gave the assurances while addressing the various support groups and stakeholders who besieged the Federal University of Petroleum Resources, Effurun, Delta State venue of the declaration.

He lamented the plight of many young graduates in the state who he said had turned into tricycle (Keke) riders out of frustration of unemployment and several pensioners who have been pauperised or died prematurely.

According to him, these narratives were being recorded in Delta State due to misplaced priorities by the incumbent government “at a time when the governor is spending N2bn every month on non-issues whereas our youths have no job and our pensioners are dying of frustration.

“I offer myself as a candidate for the office of governor to right the wrongs in Delta State.”

He reeled out some of his achievements in the Senate over the past seven years.

He noted that he had represented his constituency and the country well in all ramifications.

Omo-Agege alluded to his legislative efforts at attracting dividends of democracy in various forms to his Delta Central constituency and the state as a whole.