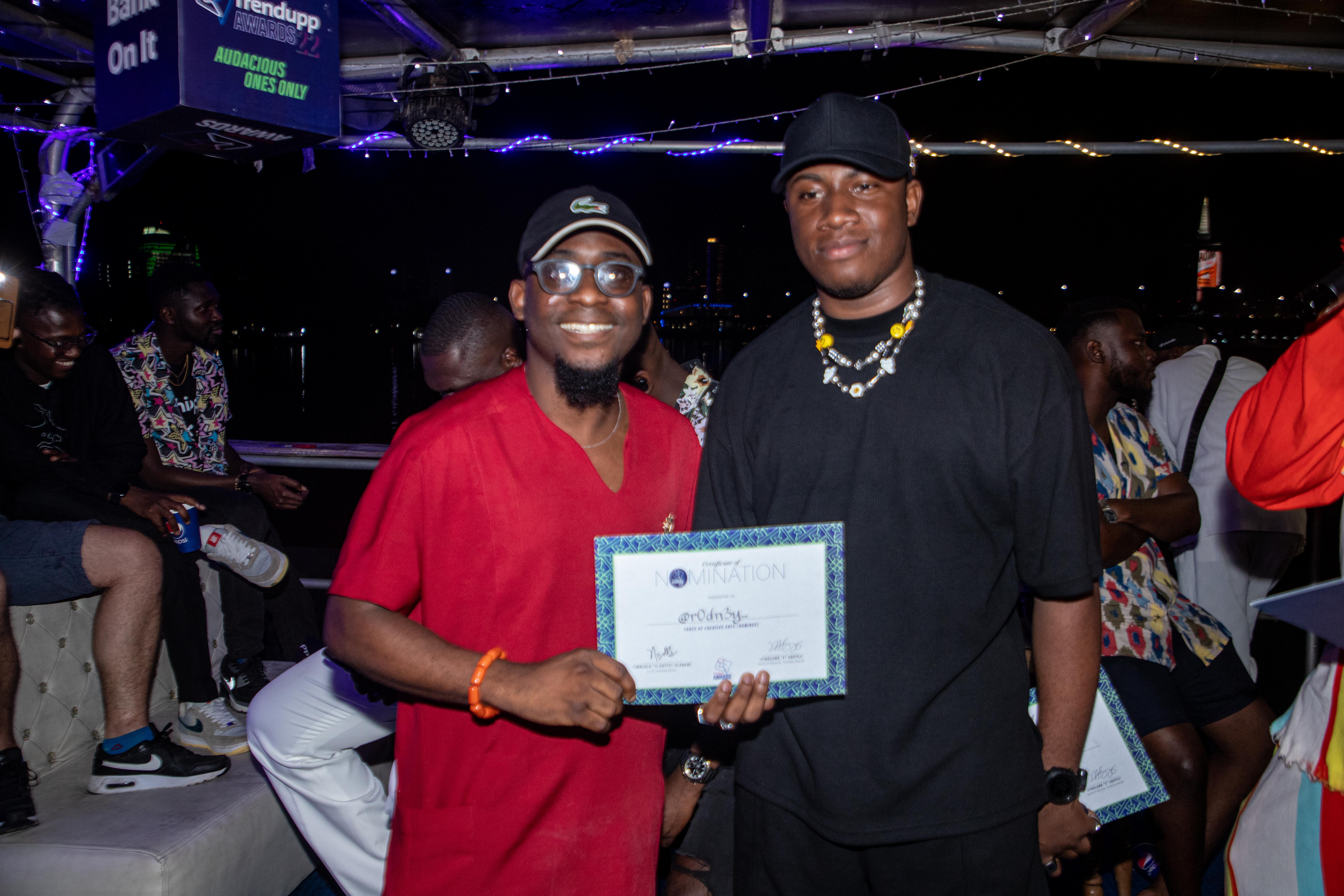 Taymesan, Miss Techy, Fisayo Fosudo, Sirbalo Comedy, Amazingklef, ShankComics, Tomike Adeoye, StyleConnaseur and others, were among the influencers and content creators that graced the exclusive Trendupp Awards nominees’ yacht party. The nominees were hosted at an exquisite yacht party on June 3 2022, at Fiki Marina, Lagos where they were officially presented with their nomination certificates for the second edition of the award show.

With DJ CrowdKontroller on the 1s and 2s and hosted by the audacious Shody, the yacht party which was proudly refreshed by Pepsi witnessed all influencers from various categories party, network and have a great time to the tune of the evening. The highlight of the event was the presentation of certificates to nominees present at the event.

Themed the Force of Influence, this year’s edition is powered by Chipper Cash App – One of the world’s leading financial service providers and will be hosted by sensational content creator and influencer Kiekie.

Trendupp Awards will hold on Sunday, June 122022 and is set to honour 16 content creators and brands as the new Forces in their various categories. Winners will not only be presented with their gold statuettes but will also get cash prizes of  $1000 each as a #ChipperXTrendupp support to the craft of these leading influencers and content creators in Nigeria.

Further details can be curled from all Trendupp’s social media platforms @thisistrendupp and website  www.trenduppawards.com

See photos from the yacht party below: