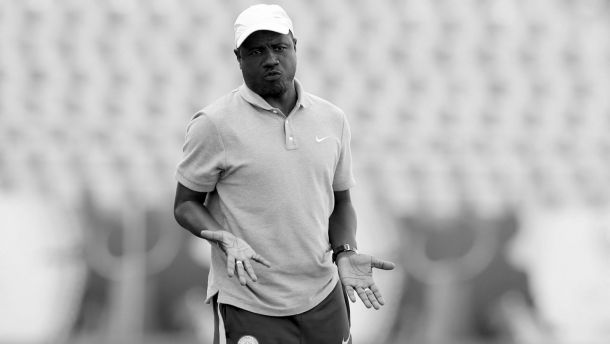 With Kano Pillars relegated from the NPFL last season, head Coach Salisu Yusuf says his future at the Club is uncertain.

Pillars failed to beat the drop to Nigeria’s second tier football league after a torrid campaign – the first time in the club’s history.

Yusuf doubles as Coach of Nigeria’s NT had been away with the Super Eagles for several weeks and in the crucial periods of the season.

The 60 year-old, who is also head Coach of the CHAN Eagles, told FL that it is not certain if he will continue in his role with Pillars following the Club’s relegation.

‘I can’t tell for now if I’ll remain with Pillars due to responsibilities ahead of the National teams including the CHAN Eagles.’