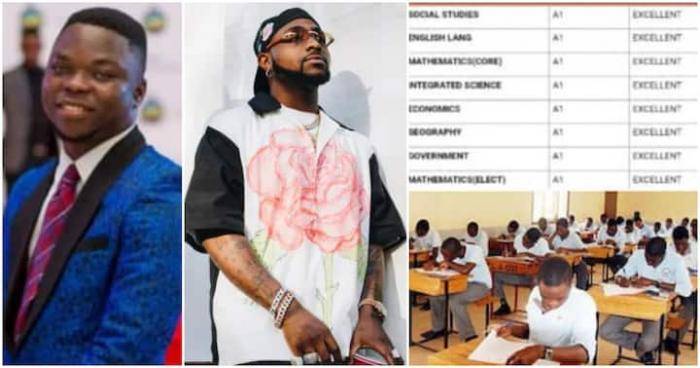 Luck has shone on a student who scored parallel A’s in his West African Senior School Certificate Examination after Nigerian musician, David Adeleke AKA Davido, indicated interest in helping him further his education.

A Twitter user had shared the story of the student identified as Morro Suleyman while soliciting help after it was revealed that the student is unable to further his education due to his poor background and unavailability of funds.

Davido, while reacting to the post, shared a screenshot of a report about Morro and asked people to help him locate the student.