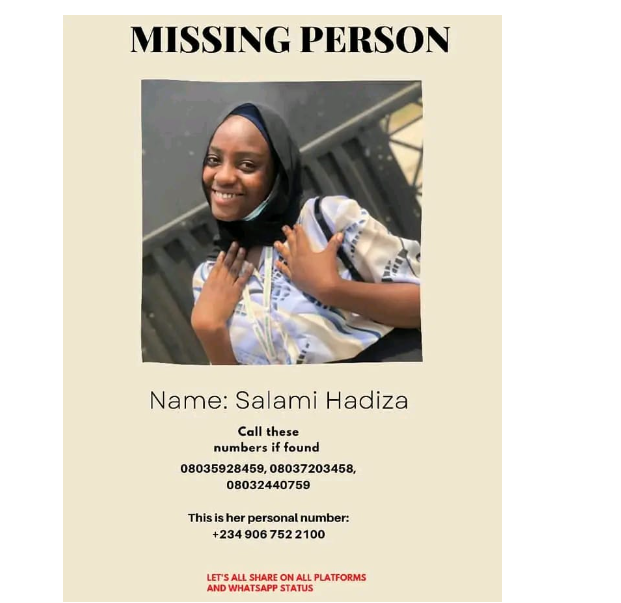 Hadiza Salami, the 400-level student of Fountain University, Osogbo, Osun State, who was declared missing has been found alive and unhurt.

The student was declared missing after boarding a vehicle from Abuja to Osun state for school resumption on July 22, 2022, but could not be reached on phone by her family afterward.

The personal driver that drove her from Abuja to Osun state said he dropped her at Igbona market at Osogbo and thereafter, dropped her at Wema bank Osogbo.

The university’s spokesman, Taoheed Alimi, who confirmed the development in a statement released on Monday night, July 25, said the student was found unhurt and is receiving relevant care.