Why I May Agree With PDP Consensus Arrangement – Wike 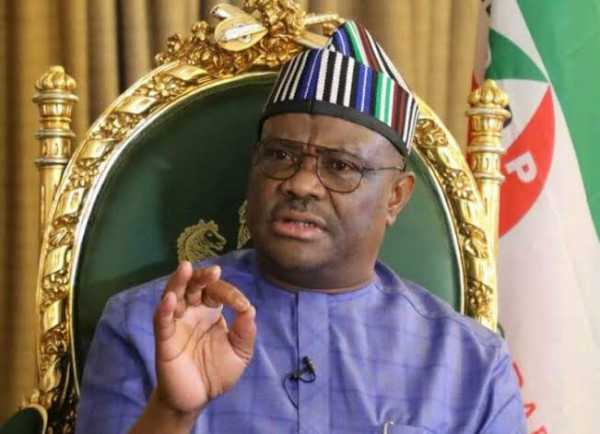 Governor of Rivers State, Nyesom Wike, has listed conditions he may consider to align with those pushing consensus arrangement for the emergence of a presidential candidate for the 2023 elections among the aspirants in the Peoples Democratic Party.

He also alleged that those seeking a consensus PDP presidential candidate are not “sincere”, adding that he was ready to support whoever emerges as the presidential flagbearer of the party.

Wike stated this in Minna, Niger State, on Saturday, when he visited PDP delegates ahead of the main opposition party’s presidential primary.

He said that he will agree to consensus if it is based on equity, justice, and fairness.

“I will agree on consensus if it is based on equity, justice, and fairness because as it is, those who are talking about consensus are not sincere and there is nothing like consensus in our constitution.

“Whoever emerges as the flagbearer, I will do whatever I can to ensure that the PDP wins the election”, he said.

Source: Why I May Agree With PDP Consensus Arrangement – Wike